You’re never too old, or too young

Quick, if I were to ask you to name any times in a woman’s life when she shouldn’t suffer from endometriosis, what would you say? Most likely, anyone with a basic knowledge of the disease will say premenarcheal (before her periods start) and postmenopausal (after menopause) because endometriosis is a disease dependant on hormones, right? So before and after the time a woman can menstruate there should be no chance of endometriosis developing, it’s just logical to think that way.

Well if life teaches us anything, it’s that some things are not logical, and endometriosis is one of those things. In terms of logicality, endometriosis is kind of like sticking your head in a washing machine filled with Salvador Dali and M.C Esher paintings. 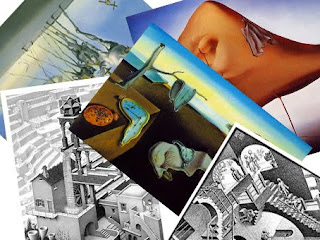 Because of this there are cases (albeit very rare cases) of endometriosis occurring in young girls and older women. Of note there have been reports of symptomatic endometriosis in girls as young as 8 and in women as old as 80. So how can we explain these odd, seemingly illogical occurrences, can we even explain them?

But (and there is always a ‘but’ to complicate matters), there have also been reports of postmenopausal women with no past history of the disease, suddenly developing endometriosis. There are a number of explanations for this though. Firstly, the woman may have had endometriosis lingering in her body all along, and any number of contributory factors may have suddenly caused it to grow. Secondly, if the woman has had any major surgery in her pelvic area (e.g. hysterectomy, oopherectomy etc) tiny bits of the endometrium may have been spread around her pelvic cavity during surgery, which may then implant to form endometriosis later on (this mechanism is thought to be one of the ways surgical scar endometriosis occurs).

An unanswered question remains though, if a woman is past menopause and not taking HRT how does the endometriosis get the estrogen it needs to survive? After menopause a woman’s ovaries begin to shut down and a drastic reduction in estrogen production occurs over a period of about 4 years. However, androgens are still produced, albeit at a diminishing rate, by the adrenal glands and ovaries after menopause. Androgens are another group of hormones that could loosely be described as being responsible for the development of masculine characteristics. Women also produce androgens, but at a lower level than men and androgens in women can be converted into estrogen. However, you need certain enzymes to convert androgens to estrogens, the most famous of which is aromatase.

Aromatase is an enzyme whose job it is to take hormones like testosterone and convert them into estrogen. Aromatase is expressed in a number of cell types including the ovaries, fat cells, endometrium and guess where else? That’s right, in some but not all, endometriotic cells too. This means that any endometriotic implant that expresses the aromatase enzyme can essentially make its own estrogen. Even with the low levels of androgens produced in postmenopausal women, endometriosis with active aromatase could produce its own estrogen and hence survive in a woman who has gone through the menopause.

Well, you may think, that all sounds very plausible but is there any evidence to substantiate this little theory of yours? Good question and yes there is. You see, there is a group of drugs called aromatase inhibitors that are sometimes given to women with endometriosis and there are no prizes for guessing that these drugs inhibit the aromatase enzyme. In some cases of women with postmenopausal endometriosis there is evidence to suggest treatment with aromatase inhibitors can significantly reduce their symptoms. Of course, the problem with aromatase inhibitors is that they decrease estrogen levels even further, which if you are past the menopause it probably going to lead to complications and adverse side effects.

But what of premenarcheal endometriosis? There is, some good evidence, which I have mentioned previously, concerning the discovery of displaced endometrium, a hallmark of endometriosis, being found in unborn human foetuses. Conveniently, the research group who made these previous discoveries have recently published another paper of their largest study yet confirming the cells that preclude endometriosis can be found in girls before they are even born. So, it would appear we have a possible answer for why such young girls can develop endometriosis; the bigger question though is how, and therein lies the rub.

At present the ‘how’ is the unanswerable question. Is there any reasonable explanation for how girls who haven’t even reached puberty can develop endometriosis? There are of course arguments that environmental pollutants can bring about the development of endometriosis, but the evidence for this is rather weak and highly debated so we can’t (or rather shouldn’t) draw any conclusions from that particular line of evidence, yet.