Why Eating Turmeric will treat your Condition, and why you shouldn’t believe what I Just Said

If you’ve ever read a newspaper or watched the news over the last decade, chances are you’ve come across stories declaring that some everyday food has been elevated to the status of ‘superfood’. This is then quickly proceeded by a number of celebrity endorsements, fad diets and a sharp incline in the price of said foodstuff. Some such superfoods include: blueberries, tomatoes, spinach, broccoli, hemp seeds, onions, salmons, the list goes on and on, but what exactly has exalted these mere pedestrian groceries to the level of godlike, divine ambrosias?

It’s usually that some journalist has gotten wind of a scientific study that has shown a component of a particular foodstuff has been shown to have a beneficial effect on a certain disease or condition and, rather than wait for more evidence to come to light about the true value of this research, said journalist now declares this food to be hewn directly from the allotment of Zeus himself, a panacea to cure all the world’s ills. It doesn’t matter that these journalists never have any scientific training and lack the skills required to properly appraise scientific data because there are papers to sell dammit!

Mostly news outlets like to make a song and dance about superfoods treating cancer, but endometriosis is no exception to the journalist’s flights of fancy. A prime example came back in 2008 when UK newspapers the Daily Mail and the Times proudly honked ‘Eating tomatoes could help fight a painful womb condition that affects 2 million women in the UK’. Wow! You must be thinking, let’s all go out and stuff our faces with tomatoes until we are literally red in the face. That’s the impression the headline gives, but if you actually read the article it becomes quickly apparent what they actually mean is that there is some evidence that suggests a component of tomatoes (lycopene) reduces some of the factors found in adhesion tissue grown in the lab. Ok so that’s nothing like what the headline was claiming, but let’s have a look at the original research to see what they found. According to the Mail this research was carried out by “Dr Tarek Dbouk, a researcher at Wayne State University in Detroit, Michigan”, being as this research was conducted in 2008 the subsequent publication should now be easy to find on one of the main professional citation databases, except it isn’t, in fact it doesn’t seem to exist. The only reference to this research I can find comes from the very newspapers that claimed it existed in the first place! 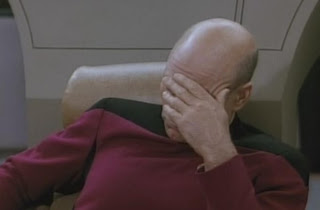 So what happened? Did the newspapers simply invent the story? Probably not, this was likely based on some real research that was being carried out, but that research was either found to be flawed (and hence never professionally published), or abandoned because, on closer inspect, the results weren’t as good as they previously thought. Either way, because the journalist responsible for this article was incapable of doing proper scientific investigation, thousands of people reading this story were given completely false information and false hope.

You may be wondering why I’m venting my spleen about a story that happened in 2008, well it’s because I can see something similar happening soon, and I’d like to pre-empt the media’s slash and burn attitude to science this time. Here’s what I’m talking about – there’s been some evidence recently in the scientific literature concerning the potential effect of curcumin, a compound that can be extracted from the spice turmeric and how it could have positive effects on endometriosis. 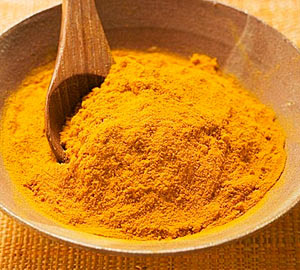 So, before someone decides to write, in a national newspaper, about how turmeric is a wonder spice and if you eat enough of it your symptoms will magically disappear, I thought I would interject and get to the truth of the matter. There have been three studies investigating the effect of curcumin on endometriosis last year, and here’s what they found.

The first study was published in January 2011, from a research team in China. This team was looking at the effect of curcumin on the development of blood vessels in endometriotic implants. To do this they took several rats and surgically induced some to develop endometriosis. They then divided the rats into groups. One group would receive no treatment, the other three groups would receive either a low dose (50mg/Kg), medium dose (100mg/Kg), or high dose (150mg/Kg) of curcumin injected directly into the gut. After a while the rats were killed and the development of blood vessels around their endometriotic lesions was measured. Interestingly, rats which received the higher doses of curcumin had significantly less blood vessel development around their implants than those who had a lower dose or who were untreated. So does this mean you should all go out and start putting turmeric on your cereal? Hopefully not, especially when we consider the doses involved. Consider the following; in the study rats were given doses of 150mg per Kg max. If you were an average sized human female (about 60Kg) that would mean you’d need 9000mg of curcumin for an effective dose. Now, turmeric only contains 3.14% curcumin, so you would need to eat 286,624mg (287g approx) of turmeric in one go. That is a lot of spice and would probably make you very ill, but of course I’m being facetious, you can buy curcumin tablets however the amount you would need to take every day would leave you rattling like a bag of coins (and probably put you in the poor house).

The second study, published in December 2011, by a research team in India was looking at the effect of curcumin on the invasive potential and survival of endometriosis. This research used methods very similar to the one mentioned above, except this study used mice instead of rats and injected the curcumin directly into the peritoneum in doses of 12, 24 and 48mg/Kg. Another difference in this study was that they injected the curcumin before surgically inducing endometriosis in the mice. This was to show whether or not the curcumin doses had any effect on the survival and invasion of the endometrial tissue. The results of this study showed that curcumin appeared to cause regression of the endometriotic implants. However, an issue here is that the curcumin was administered before the endometriosis developed. Whether or not curcumin has any affect on well established endometriosis is an issue that needs to be addressed. Nevertheless, this study does make me wonder whether some sort of curcumin treatment could be used to prevent the recurrence of endometriosis after surgery.

Another issue is that of using rats and mice as ‘models’ for human endometriosis. The problem is mice and rats don’t spontaneously develop endometriosis like apes and monkeys so the disease may behave very differently in these creatures compared to humans, particularly as rodents have an oestrus cycle rather than a menstrual cycle. Women with endometriosis also have alterations to their immune system that probably go hand in hand with endometriosis, modelling this in the rodents would be extremely difficult. Whilst there are drawbacks to using animals, they are the best method we have to study the disease in a living creature, which offers so many more insights into endometriosis than any other method we currently have (other than experimenting on humans, which, quite frankly, probably wouldn’t go down well!).

The last study, also published in December 2011, was from a research team based in Korea and examined how curcumin affected the release of different factors from endometriotic cells. This study used endometriotic cells, surgically removed from women with endometriosis, and grew them in a lab, then added the curcumin and watched what happened. This method is more simplistic than the other studies mentioned above, but it gives a better idea about what curcumin does at the cellular level. The results of this study showed that curcumin hindered the ability of endometriotic cells to produce several factors known to be involved in inflammation. Previous studies have shown that curcumin is effective as an anti-inflammatory agent and this may be good news for women with endometriosis because inflammation is thought to play a significant role in how the disease causes pain.

So what can we say about curcumin and endometriosis? Well, nothing really conclusive at the moment. The studies that have been done so far are definitely encouraging but there are still the problems of dosage, cost and effectiveness in humans. If more research is done along this avenue then maybe curcumin therapies would be beneficial for women with endometriosis, but it would be nice if someone proved it before promoting it.